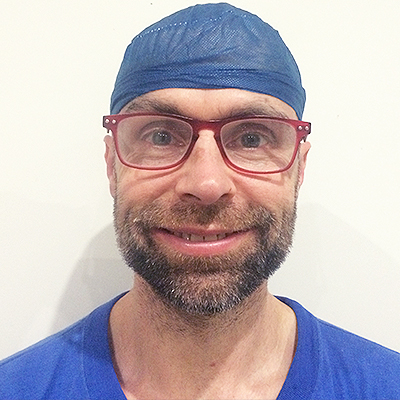 Paul grew up in Melbourne attending the local High School except for one year in England. High School was followed by university where graduated in medicine in 1994. After a few years as a hospital doctor he started his anaesthetic training through the Austin Hospital. Paul completed his anaesthetic training with an 18 month fellowship at Mt Sinai Hospital, New York. During which he specialied in anaesthesia for cardiothoracic surgery and transoesophageal echocardiography. On completion of his training in 2004 he gained a position as a Full-time Staff Consultant Anaesthetist at Monash Hospital. He remained in this position for just over 10 years. During which Paul returned to Mt Sinai for a sabbatical in the Echocardiology Department. Since become a consultant he has a mixed public/private practice however in 2014 he resigned his full-time position and now works solely as a private anaesthetist. Paul maintains his teaching commitment through the University of Melbourne, which started in 2010, educating other doctors in the use of ultrasound and echocardiography.